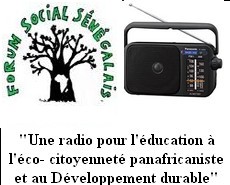 Preliminary Observations and Proposals on the Global Dialogue process

Preliminary Observations and Proposals on the Global Dialogue process

In our previous large meetings, the expressed will of the majority was highly positive towards our initiative. There is a need to resuscitate a global, international dialogue, while providing capacities to popular movements to reflect and act at the level of the current and unexpected crisis. This was overwhelming, despite the difficulties and the challenges that many of us brought in the discussion.

Therefore, we start our observations by expressing our hope and confidence that this process can make a small but significant difference to help social movements imagine how we can confront the present crisis. We start this work with a good “base” : for years, we have been steady in working with social movements, inspired by the idea that the process has to be led “from below”, that there is no substitute to self-reliant and self-governed people’s movements.

Nowadays however, we are very conscious of our limitations. While analysis of the crisis is our forte, the development of forward-looking alternatives is still a challenge (not only for us). The complexity of the crisis (the “perfect storm”) is daunting, making naïve and irresponsible any “quick-fix” kind of repairs put forward by “experts” and-or political “elites”.

We started our dialogues back in March at the initiative of the Latin American comrades, extremely conscious of the political drama in their region (the turn to the right that had started even before the present crisis). It was rapidly shared with friends and colleagues across the world and we made the correct decision to intervene through existing virtual spaces.

The design of webinars was almost spontaneous and conducted in a decentralized way with a minimum of coordination and long-term plans. We made the connections, talked to lots of people and validated the idea that there was a genuine and shared hope to reconstitute an international dialogue. We now stand on a wide range of willing and aspiring groups and networks, which is highly positive.

In the meantime, several changes have occurred.

At the same time:

This is what explains, partially, the limited outreach of our initiatives so far. We have focused on the “expert” approach, and we have lacked the resources and planning necessary to successfully “compete.” Although we have declared and reaffirmed our intention to focus on alternatives and bringing in perspectives from the movements and the struggles, this has not been the main focus of our webinars so far.

The risk to dissipate the expectations created by the GD proposal

We have chosen to launch and to present the Global Dialogue in a very careful, even in a timid way, in order not to be perceived by anybody as a “competitor”, or as a too ambitious proposal. Nevertheless, from the last Saturday Strategic Brainstorming, as well as from other regional and national meetings connected to the process, an expectation seems to be common to many:

the hope that the Global Dialogue could be a strong and effective tool for attempting a connection and reconnection among different continents and regions and different movements, including old and new generations, solidarity movements born into the crisis, self-organized movements defending social actors affected by the crisis, in order to be more stronger and influential into the global crisis and to produce a common narrative, a new commons sense, and a shared platform. Organized social actors and activists came into the process because they hope to find a strong proposal capable of answering this need. If the process will not be able to provide a credible answer, the risk to dissipate in a short time this expectation could be high. We believe we should not disperse this opportunity.

The main challenge in the current crisis has to do with the possibility of confronting/altering the common sense that neoliberalism has managed to impose in most of the world. The pandemic has drawn the curtain on some of the basic characteristics of current capitalist society including profound inequalities and the implications of organizing society in terms that give priority to private profit over anything else, including life. Ideas like the need for universal public health systems and a guaranteed basic income are no longer seen as extreme subversive notions.

This potentially opens cracks in the hegemony of neoliberal common sense and opens up new territories in the struggles for a new common sense based on notions of equality, the common good, sustainability and democracy. So in the present context, where there is the visible threat that the crisis will be used by those who control economic and political power to increase that control and limit democracy and rights there is a need not only to organize to confront these authoritarian tendencies, but also the need to make great efforts in the realm of the battle of ideas.

If our feeling is right, we should try to improve our strategy in order to find a more effective way to implement the original proposal:

a common effort to empower the grassroots through robust and critical intellectual-political work and a connection process that must make its way from the bottom up. It is not so much as to produce brilliant analyses as to inspire social movements to produce their own transformative ideas. This is what we mean by “empowerment”.

Through this process, it could be possible use all our political and cultural elaborations, as well as all our practices, to build up a new common sense in relation with the crisis impacts, for better challenging the neoliberal and dominant civilization’s hegemony, by using all the possible fractures produced by pandemic in the powers’ narrative. The aim is to provide us with an updated narrative oriented to action for the present time. The rest, however important, are tools.

We can continue, especially if we can focus on alternative strategies and tactics. What was done so far was mostly in the domain of analysis of the crisis. These alternatives, they come from below: through solidarity networks at the local and even street level ; from workers refusing the absurd conditions they are forced to work with and even more audacious methods of taking over workplaces; from the new resistances and practices into the crisis.

We therefore propose to change our planning to address these issues which would have the additional quality of being innovative into the current crisis. And we can use the webinars as a tool to create contacts and dialogue among different kind of activism (old and new generation, intellectuals and grassroots, different thematics).

Our aim is not only to provide “food for thought” but mainly to create a space for connection, cooperation and common actions worldwide. We are not pursuing a VIP- or academic approach.

Technically-speaking, we propose to constitute a small working group to supervise the design and implementation throughout the next weeks and months.

It was experimented elsewhere mostly at the national level. We need to bring many people from the popular movements together and discuss, not only listening to expert analysis. We go along with Pablo Solon’s proposal inspired by on-going similar initiatives elsewhere. These assemblies do not need (and in fact should not be) ‘symmetrical”, with the same pattern. Some of them can be national, or regional (continental or sub-continental). Some of them can be thematic (looking at different issues and sectors). Some of them can be transversal, focusing on the magical idea of intersectionality. Assembles should not be led by one single group, but by many groups expressing different political and intellectual sensitivities (gender, generation, cultural dimensions). To imagine a process of that nature, we can mandate another working group to consult, scan, listen and identify what are the possibilities, in theory and in practice to coordinate (not centralize) a process of assemblies where the emphasis should definitely be on alternative strategies and utopias oriented towards action. It would be possible to use digital tools to have interpretation, if needed, in different languages, for the assemblies as well as smaller working groups.

The results of the Assemblies (elaboration, narrative, proposals)  will be collected and elaborated, to feed from below the process’ result. We have to confront the challenge of being able to create a sort of cross pollination process in which the ideas, proposals and suggestions in one assembly can enrich other assemblies. By sure the conclusions and proposals that come out of each webinar or assembly could be edited in our web page so they can be picked up as desired in further activities. We could have a weekly "conversation", open to those who wants (open invitation to our global network) where we could mix interventions on political/theoretical frames on the post-covid 19 and reports from the different assemblies/webinars/meetings in order to have an accumulation of inputs, reflexions en proposals…

At the same time, we know that our initiative and webinars exist alongside dozens of other initiatives and activities that, whether or not they participate in our process, share our premises and intersect it. Enabling mutual visibility of what this "network" or "field" is doing and developing is an important foundation for moving to a more ambitious level of common initiatives.

At the end of the year, we could imagine a world-event, a global engagement to bring thousands of people, around a detailed agenda of transformative strategies. Contrary to past experiences, this would not be a simple “opened” agenda. There would be a purpose, a methodology and a set of expected outcomes. It will be not only an event, but the moment where the accumulation of narrative and proposals produced by the Global Dialogue process will converge and be presented.

It does not have to compete with other international projects (there are plenty) that are appearing in the tradition of the WSF, or through organized political and sectoral networks. For many of them, on the contrary, could appear as complementary, as a space where their own agendas and proposals can meet and converge, at least partially, with others. It is still early to visualize such an event, the consultations in people’s assemblies should help that design. The Big Global Dialogue should be presented as soon as possible, in order to provide an objective and a meaning to the whole process at every level (global, regional, national and local) in the next weeks and months.

If we envision taking on that ambitious plan, we need to enlarge the participation and work collectively through decentralized advanced planning. It also requires a small but efficient secretariat that will help to concretize each of these initiatives. The secretariat needs a full-time but limited staff, not as a substitute, but as a support base to many of us working full time in so many professional and political engagements. Consequently, we need a budget and raise resources that should not be very difficult to get from progressive foundations and NGOs. 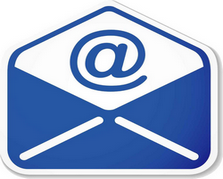